This post is part of the My Favorite Classic Movie Blogathon in celebration of National Classic Movie Day (May 16th). Click here to view the schedule listing all the great posts in this blogathon.

When I first decided to participate in this blogathon, I was in an agony of indecision over what movie to review for it.

How do I pick ONE favorite classic movie?

There are so many that I love, and for so many different reasons. I considered and rejected several great, great films, from the silent era to the 1970s.

I actually first considered the 1953 film Lili, starring Leslie Caron and Mel Ferrer, for a different blogathon, but picked another film that I felt was more appropriate for the topic.

Then I began thinking about how much I love this magical little gem of a movie, and how it has meant different things to me at different times of my life. 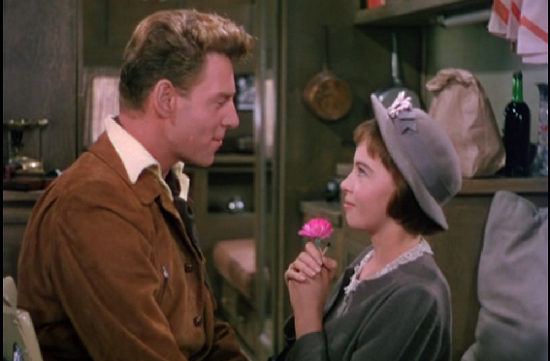 Lili is the story of a young orphaned French girl (Caron) who is desperately looking for a place in the world after her father’s death. Seeking out a friend of her father’s for a job, she finds out he, too, is dead. Another shopkeeper lures her in with the promise of a job and immediately begins harassing her. A magician with the carnival that has just arrived in town (Jean-Pierre Aumont) saves her from him. She follows him to the carnival, already infatuated with him. A charming womanizer, he gets her a job as a waitress at the carnival, much to the disgust of puppeteer Paul (Mel Ferrer) and his partner Jacquot (Kurt Kasznar).

Inexperienced at waitressing and unable to stop herself from watching Marc’s magic show while she’s working, she is quickly fired by her new boss. With nowhere to go, she decides to commit suicide by jumping off the carnival’s diving tower. Paul sees her and stops her by using his puppets to distract her. They soon attract several of the carnival workers, who delight in Lili’s interaction with the puppets. Paul and Jacquot offer her a job. They are soon a sensation at the carnival. 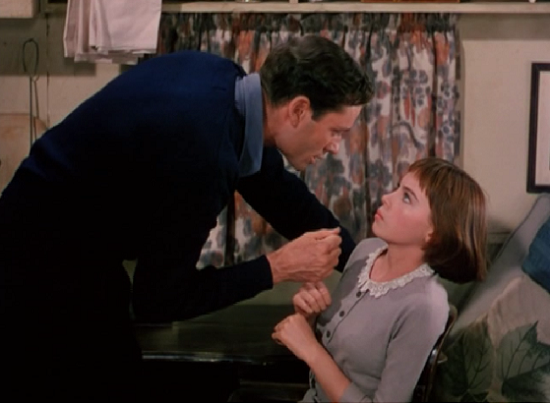 Paul is a bitter man since he was wounded during World War II, which ended his promising career as a dancer. His brusque manner repels Lili, who still can’t get over her infatuation with Marc. The only way Paul will show his true feelings for Lili is through the puppets. His jealousy makes Lili think he hates her.

Marc and his assistant Rosalie (Zsa-Zsa Gabor) decide to move on from the carnival for a job at a hotel in town. Crushed to find out Marc is leaving, Lili invites him to her trailer. She unwittingly finds his wedding ring and realizes that Marc is married to Rosalie. When Paul sees her running after Marc, he slaps her. Angry and humiliated, Lili decides to leave, too.

The puppet show has caught the attention of two Paris impresarios. They offer Paul and Jacquot a contract with their show. Jacquot informs Paul there will be no deal because Lili is leaving.

After Lili sees Marc and tells him it’s time for her to give up her infatuation with him, she gets her suitcase and walks by the puppet theater. Once again, Paul uses the puppets to make her stop. As she says her tender farewells to the puppets, she realizes they are just Paul. She accuses him of being a monster and manipulator. He tells her he is the puppets, and has all the good and bad qualities they have. Instead of confessing his love for her, he tells her about the offer from the Paris impresarios. She refuses the offer and leaves.

On the road outside of town, Lili fantasizes she is walking with life-size versions of the puppets. As she dances with each one, they turn into Paul. Slowly, she realizes that she loves Paul, and runs back to town. They are reunited and kiss. The puppets watch and applaud.

The screenplay for Lili was adapted by Helen Deutsch from the short story “The Man Who Hated People” by Paul Gallico. Gallico’s story was inspired by the television show Kukla, Fran and Ollie, which featured a young woman interacting with two puppets. Deutsch wrote the screenplay specifically for Leslie Caron, who had just starred in her first film, An American in Paris. Vincente Minnelli was offered the film, but he thought the story too slight. Charles Walters (Easter Parade, High Society) took the helm instead.

The film is often misrepresented as a children’s film, mainly because of the puppets. I remember so clearly my first viewing of Lili as a child. I was visiting my grandmother, who was laid up in bed with a broken leg. She had a small TV at the foot of the bed and said, “Oh, you’ll like this movie, it has puppets in it.” I do remember being entranced by the puppets and Lili dancing with the life-sized puppets, but not really understanding most of the rest of the film.

That’s because in reality, this is a bittersweet–at times, even dark–film about a young girl’s coming of age. It’s almost singular (for its time, anyway) because movies about a girl’s burgeoning sexuality were usually smirky sex comedies or even horror stories. (There are several where not the girl, but her father is the protagonist, and his job is to suppress her sexual awakening.)

In a fantasy sequence, Lili imagines herself as sexy and sophisticated as Rosalie, and the two compete for Marc in a sort of dance-off. (She even imagines Marc stripping off part of her dress.) What’s unusual here is the lack of condescension in the way the film treats Lili’s sexual longings. She is infatuated with the wrong man, no doubt about that, but the story presents her feelings as a normal part of growing up.

As I grew older and watched the film again, I began identifying more and more with Lili as I went through all the awful–and lovely–confusion of adolescence.

As I grew even older, I saw part of myself in Paul, too, because the film is also a contemplation of the personal aspects of an artist’s work. His bitterness is grounded in his frustration as an artist. He admits that he took up puppetry so he could hide from the audience.  At the height of their final argument, he admits to Lili he IS the puppets, and lists all the qualities he has–both positive and negative–that embody the characters of the puppets.

Another singular thing about the movie is that Paul assigns what are usually thought of as feminine qualities to himself through the puppet Marguerite. He admits to being vain and self-conscious of his body, especially since it is no longer perfect. 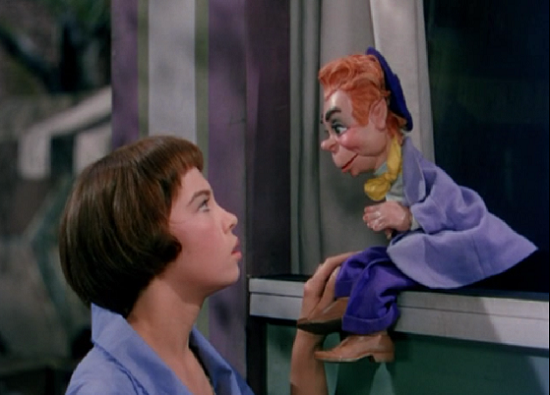 The most recognizable part of the movie is probably the song “Hi-Lili, Hi-Lo.” Deutsch wrote the lyrics and Bronisław Kaper (who won an Oscar for the film’s score) wrote the music. The song featuring Caron and Ferrer (singing as the puppet Carrot Top) was released as a single and became a modest hit. It’s such an iconic song it still turns up in popular culture now and then (most recently, in an episode of Mad Men). Like the movie itself, on the surface the song seems like it’s for children, but in reality it’s a very sad one about the pain of lost love.

There’s no doubt that Caron’s enchanting performance as Lili elevates the film. The gamin, elfin, waif, whatever you want to call the type of character she was playing, was very popular at the time. But instead of presenting an infantile character, Caron portrays one that, like Paul, is gloriously complex.

Legend has it that Audrey Hepburn fell in love with Mel Ferrer–who she would later marry–when she saw his performance in Lili. That sounds to me like one of those stories that’s probably not true but should be true. If it is true, who could blame her? The story isn’t about a man redeemed by the love of a girl–he had it in him all the time. Lili’s realization of her own love for him–even with his flaws–is one of the most magically romantic moments in film I can think of, and only one reason why it will always be one of my favorite classic films.