This post is part of the At the Circus Blogathon, hosted by Summer at Serendipitous Anachronisms and Le of Critica Retro. Please check out the hashtag #AttheCircus on Twitter to find more posts in this event!

The 1962 low-budget horror flick Carnival of Souls was consigned to obscurity, only appearing now and then on local TV stations after midnight, until 1989 when it was rescued by a film restorer and rereleased into theaters. Cited as an influence on filmmakers such as Wes Craven, George A. Romero, and David Lynch, it has achieved true cult status.

Herk Harvey, who directed (and appears in) the film, was inspired by the Saltair Pavilion in Salt Lake City. Once used as a carnival pavilion, it had long been abandoned. From that small spark, he created his one and only feature film.

The movie concerns Mary Henry (Candace Hilligoss) who with two companions is involved in a drag race. As the two cars race across a bridge under construction, the car breaks through a barrier and plunges into the river. After dragging the river for three hours, police and other onlookers are stunned to see Mary emerge from the river. She has no memory of how she survived. 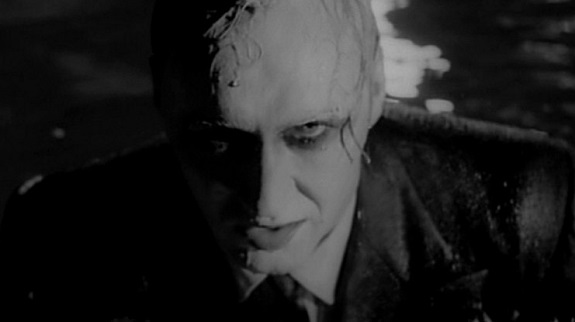 A week later Mary departs for Utah to take a job as a church organist. On the drive out, the music she is listening to on the car radio suddenly changes to eerie organ music. As she drives past an abandoned pavilion, she sees the face of a ghoulish-looking man in her car window.

Mary settles into her job and her room at a boarding house, but is still haunted by appearances of “The Man” (Harvey). She also can’t stop thinking about the pavilion. Her neighbor (Sidney Berger) persistently flirts with her. She is alternately cold and friendly to him.

While shopping in town, she is terrified to realize no one can see or hear her. When she is visible again a doctor, who sees she’s distraught, offers to help her. He concludes she is still traumatized from the accident. He also thinks her problem is she is not interested in the company of other people. 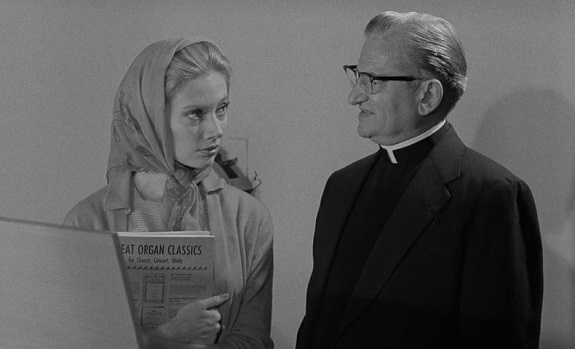 Rehearsing her music at the church, she seems to become possessed and begins playing music the minister deems “profane.” He fires her on the spot. Afraid to be alone, she agrees to go on a date with her neighbor, but her erratic behavior repulses him. Seeing “The Man” once again experiencing the feeling that she is invisible, she finally heads for the pavilion, where she witnesses more ghoulish creatures dancing.

I don’t want to give away the ending—it’s not only a dilly, but it’s also (almost maddeningly) ambiguous. What happens to Mary in the water and after is open to quite a bit of interpretation. 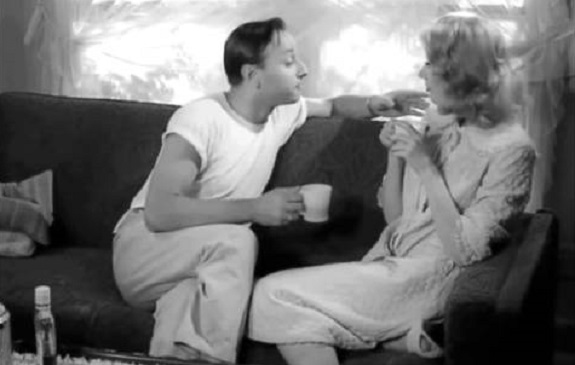 The film itself is also open to interpretation. Mary could be seen protofeminist, as she rejects not only the company of people in general, but seems entirely uninterested in men and prefers independence. This is seen as threatening to the (mostly male) people who try to “help” her—the minister, the doctor, and her rather pervy neighbor, who isn’t above spying on her. She also seems to reject God and religion, insisting her job is merely a way to make a living. She’s chided about not putting enough “soul” into her music.

While the dialogue is a bit on the clunky side, the film is renowned now for its atmospheric direction and photography, all done with minimal special effects. The original organ music by Gene Moore also contributes to the atmosphere. While Hilligoss and Berger did not have lengthy movie careers, they are both very good here. (Berger eventually became a well-known acting teacher.) There is virtually no gore, which was beginning to make its way even into mainstream horror during the early 1960s.

It’s a shame Harvey never made another feature film, but he went back to his previous profession as an industrial filmmaker after making Carnival of Souls. Whether directly or indirectly, it’s hard to imagine films like Night of the Living Dead or Eraserhead not having been influenced by it. All because Harvey drove by an abandoned carnival pavilion one day.