Yay! I have a terrific foreign TV series to recommend that was NOT made in Spain:

Those who follow my blog closely know that I love me post-apocalyptic stories. The Rain, Netflix’s first original series from Denmark, is a very solid and engrossing entry in the genre.

Simone (Alba August) is a teenager who is one day suddenly yanked out of school by her scientist father (Lars Simonsen). Racing to an unknown destination with her, her mother, and brother Rasmus (Lucas Lynggaard Tønnesen), her father keeps babbling that they have to outrun “the rain.” Deep in a forest, he leads them to a bunker. He tells Simone it is her job to look after her brother, that he is the most important person in the world right now. Then he leaves his family behind with no further explanations.

The rain turns out to contain a virus that kills people almost on contact. After their mother is killed, Simone and Rasmus spend six years in the bunker with no outside contact and no idea what is happening in the world. We learn in flashbacks that their father created the virus to cure Rasmus of a fatal illness, but we don’t know how it got released into the environment. Running out of food, they realize they must finally leave the bunker and step out into an unknown world.

This all happens in the FIRST episode.

Simone and Rasmus connect with a group of young survivors headed by Martin (Mikkel Følsgaard). Wary of each other at first, the group eventually accepts Simone and Rasmus as they traverse a dangerous and vastly changed world. 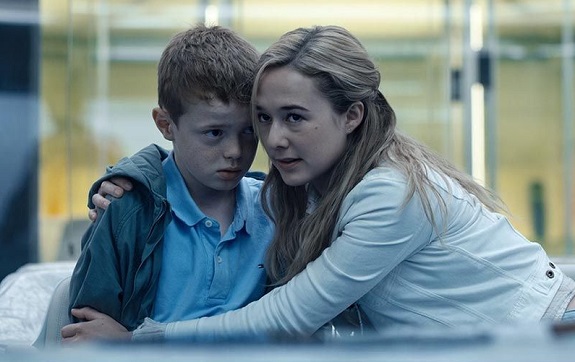 O.K., so it doesn’t sound that different from many post-apocalyptic stories, but it has a few things going for it: first is August’s performance as Simone. She is astonishingly good and completely believable as a young girl struggling with and rising to the responsibility for herself and her brother. She makes Simone resourceful and smart, as well as conveys her fierce love for her brother.

(I found out later that the actress is the daughter of director Bille August and actress Pernilla August. Pernilla August played Shmi Skywalker in the Star Wars prequels.)

Secondly, the story does a great job of composing believable relationships among the group of young survivors. Suspicion slowly evolves to trust and eventually genuine friendship. They’re teenagers, so of course there are overactive hormones to deal with and some romance develops as well.

But it’s the kids’ struggle for survival, and the mystery of the virus (as well as what happened to Simone and Rasmus’ father) that keeps driving the action. 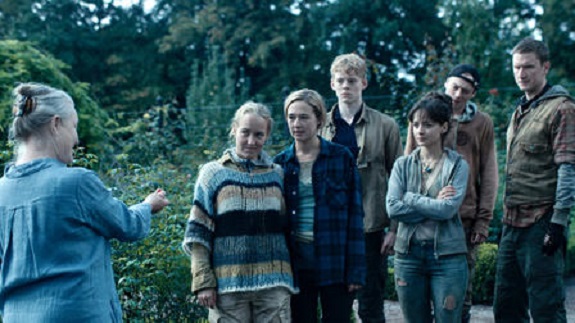 Sure, there’s a vast conspiracy the kids need to unravel and not every friendly person or unfriendly person they meet is what they seem—like I said, you’ve seen a lot of it before. This one feels fresher because of the above-mentioned elements, as well as the writing, which is crisp and taut with tension. The first episode is one of the best set-ups for a series I’ve seen since the pilot episode of Lost.

There is a dubbed version, but some people have complained it’s difficult to understand. The actors themselves did the dubbing, so it’s English spoken with Danish accents. If that bothers you, the subtitled version is probably a better option.

The day we finished watching Season 1, Netflix announced they were going ahead with Season 2. You bet I’ll be there in front of my TV the minute they drop Season 2.