This post is part of The Second So Bad It’s Good Blogathon, hosted by Taking Up Room. Read the rest of the so good they’re good posts in this event HERE!

Everyone has to start somewhere. Many up-and-coming young filmmakers and actors during the 1960s and 1970s started their careers making films for Roger Corman, producer of exploitation films extraordinaire.

Boxcar Bertha was Martin Scorsese’s second feature film, which he made for Roger Corman after he was fired from another film. It stars Barbara Hershey as Bertha, a Depression-era country girl who is forced to ride railway boxcars across the South after her father dies. She soon falls into a life of crime with her lover Bill (David Carradine), a union organizer who has made a few too many rich people angry, and her other lover Rake (Barry Primus), a Yankee who probably should have stayed up North. Von Morton (Bernie Casey) rounds out the gang. 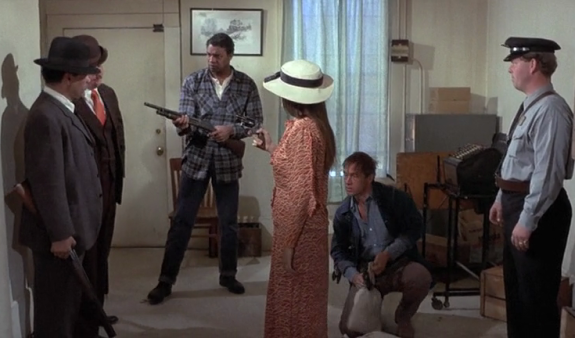 The film is probably about the bazillionth Bonnie & Clyde riff since that film exploded on the scene in 1967. Robin Hoodesque heroes and heroines dressed in 1930s fashions (or, in this case, out of them with increasing frequency) were all the rage. Corman had had a huge success with Bloody Mama and looked to repeat it with Boxcar Bertha. 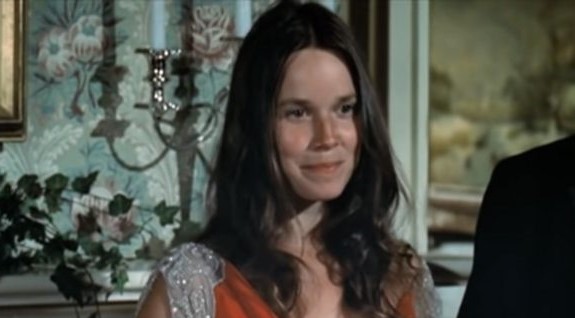 So how bad can it be, if Scorsese was at the helm?

Well…in some ways it’s painfully amateurish. Some of the shots are what I like to refer to as “film school” shots, done at bizarre angels for absolutely no reason. The fight scenes are poorly choreographed and shot. And the ending has something that I guess could be called a Scorsese signature? It’s cringingly violent and bizarre.

In other ways, it’s quite unique and interesting. The political aspect of the film is even more blatant than Bonnie & Clyde, with a strong pro-union, anti-capitalist message. The film is loosely based on Sister of the Road: The Autobiography of Boxcar Bertha, a fictional “memoir” written by Ben Lewis Reitman, who was an anarchist.

Bill is based on real-life union organizer Big Bill Haywood. John Carradine (David’s father) plays a railroad owner bent on destroying Bill because he fears his political movement will succeed. And sure, there are definitely moments where there’s a flash of the talent that matures in just a few years in Scorsese’s films such as Mean Streets and Taxi Driver.

Other than that, though, it’s mainly an excuse to get Barbara Hershey (and, to a lesser extent, David Carradine) naked as frequently as possible. Her clothes are remarkably slippery, falling off of her now and then for a convenient boob view. It’s also an excuse for as much bloody violence as possible, which is so fake it’s hilarious. Victims look more like someone smashed ketchup packets against them than shot them. 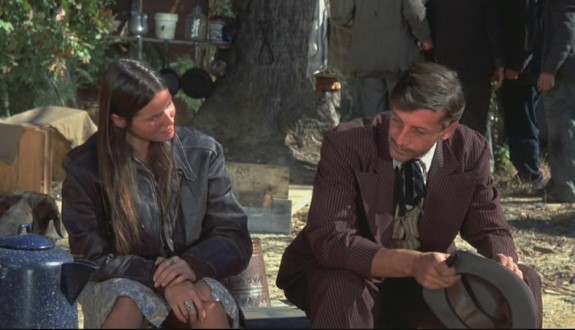 The cinematography, by John Stephens, is actually quite beautiful, enhancing the Arkansas scenery, where the film was shot. And you’ll catch a glimpse of Mr. Scorsese himself, as one of Bertha’s clients when she’s forced into prostitution after Bill is arrested.

Some critics later on tried to claim it a kind of undiscovered masterpiece of Scorsese’s oeuvre. Roger Ebert in particular was fond of it (though his partner Gene Siskel called it trash).

It’s certainly no masterpiece of any ilk, but it’s very watchable, and in spite of the cringeworthy ending, it’s a heck of a lot of fun.