I am a huge fan of Kim Stanley Robinson's Mars Trilogy, his epic tale of the first 100 colonists on Mars. (Still waiting anxiously as of this writing for the TV adaptation. Hello, hello--any news on casting yet?) I've read some of his other books, but none of them have captivated me in quite the … END_OF_DOCUMENT_TOKEN_TO_BE_REPLACED 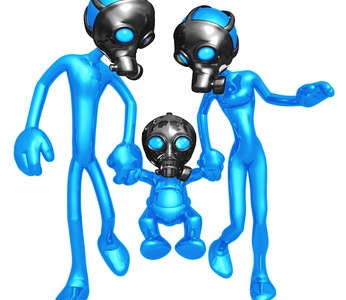 Dealing with some family issues so I have no time to write something new this week. I am reaching into the archives and reblogging this post. Hope you enjoy and that I’m able to post something brand new next week!

Post-apocalyptic refers to a work of fiction that deals with a global disaster so profound there are few survivors. It may include a period of time leading up to the disaster, or it can take place years afterwards, but mostly it’s about the immediate after-effects of a disaster–war, environmental disaster, plague. The disaster can have a fantastical element, like zombies or vampires, or a sci-fi one, like an alien invasion.

Dystopian usually takes place far into the future. It may be post-apocalyptic or not. Society has in some way changed profoundly, most noticeably the system of government.

There is some disagreement over the definition of dystopian. Some believe it should only be defined as societies where people believe they are living in an ideal society, when in truth it has some oppressive or horrific element to it.

This is Part 2 of my Hanukkah story set in Regency England. Please click here for Part 1 of The Hanukkah Invitation. Oh, he was quite marvelous! So handsome, so imposing! She had never seen a man so tall. Nor, she thought, with a sinking feeling in her stomach, so fastidiously dressed. The cut of … END_OF_DOCUMENT_TOKEN_TO_BE_REPLACED

The Hanukkah Invitation is a short story I wrote about fifteen years ago that was published in an anthology called The Winter Holiday Sampler. It was a collection of romantic short stories set in Regency England with a winter holiday theme. The book is long out of print and was really a vanity press thing, … END_OF_DOCUMENT_TOKEN_TO_BE_REPLACED