This post is part of the Classic Comfort Movie Blogathon, hosted by Rick at Classic Film & TV Café. Read all the comforting posts in this event HERE!

The 1953 romantic comedy How to Marry a Millionaire is one of my favorite “go-to” movies for a drab day. It never fails to make me smile and laugh, and as a transplanted New Yorker, feel some warm nostalgic vibes for my erstwhile home.

The story of three models (Lauren Bacall, Marilyn Monroe, Betty Grable) on the hunt for rich husbands, it may seem at first glance extremely dated, but I think there’s a bit more going on underneath the surface of this delightful confection of a movie.

Schatze Page (Bacall) is a divorcee who convinces fellow models Pola (Monroe) and Loco (Grable) to sublet a swanky Sutton Place apartment in the hopes of snagging millionaire husbands. Schatze is cynical about love after one failed marriage to a “grease monkey” (gas station attendant) and ready to marry for more practical reasons. Her (rather, ahem, slightly less intelligent) friends Pola and Loco think she’s a genius for coming up with the plan to rent the apartment. The search takes longer than they expect and Schatze must resort to selling the fancy furnishings in order to keep up with the rent payments.

Loco brings home Tom Brookman (Cameron Mitchell) by getting him to buy her groceries when she pretends she forgot her money at home. Tom is captivated by Schatze. However, she rejects him, assuming he is poor because he doesn’t wear a tie and looks unkempt.

Instead, Schatze sets her sights on J.D. Hanley (William Powell) a widowed oil man and cattle rancher. Through him, Pola meets J. Stewart Merrill (Alexander D’Arcy), a phony who pretends to be a Middle Eastern tycoon. Loco meets Waldo Brewster (Fred Clark) a married business man who still invites Loco to a lodge for the weekend. Mistakenly thinking he means an Elks Lodge—with the opportunity to meet available men—Loco accepts.

J.D. falls for Schatze but decides he is too old for her and departs. In the meantime, she keeps running into Tom and going out with him on cheap dates, fighting (not very successfully) her attraction for him. Eventually, J.D. returns and proposes marriage, which she happily accepts. 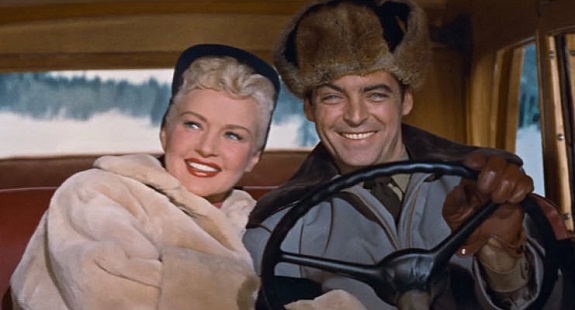 When Loco arrives in Maine with Waldo and realizes she has been brought for a dirty weekend, she demands to be taken home. However, she becomes ill with the measles. After she is better, Waldo becomes ill and she stays to take care of him. She soon falls for Eben Salem (Rory Calhoun) a young, handsome forest ranger she mistakenly thinks owns the land he looks after.

Meanwhile, Pola accepts Stewart but runs into Freddie Denmark (David Wayne), the owner of the apartment they are subletting. He is on the run because the government is after him for tax evasion. Pola, who is near-sighted, refuses to wear her glasses and ends up on the wrong plane when she’s supposed to meet Stewart. She ends up sitting next to Freddie, who tells her he’s after the crooked accountant who stole his money and caused all his legal woes. Freddie notices Pola can’t see without glasses and insists she put them on. When she realizes he thinks she’s even more attractive with her glasses, she falls for Freddie. 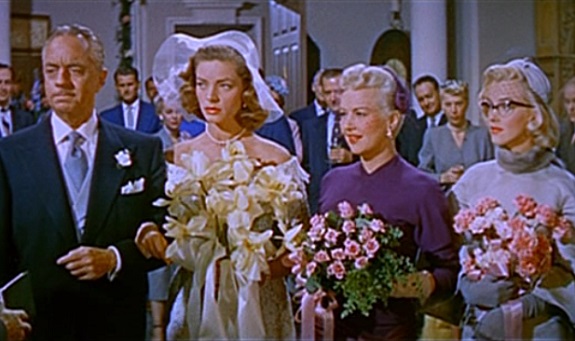 About to marry J.D., Schatze is stunned when both Pola and Loco return with husbands Freddie and Eben, and even more miffed they have married for love instead of money. Yet at the moment she is to marry J.D., she changes her mind. In the end she marries Tom, finding out to her shock after the ceremony that he is a millionaire.

How to Marry a Millionaire was the first movie to be shot in CinemaScope (though The Robe was released first). It opens with an orchestra playing composer Alfred Newman’s “Street Scene.” I noticed a lot of modern reviewers complaining about this scene as unnecessary, but I love it because it sets the tone as a very New York kind of film.

One of the delights of this movie is how meta is was at the time (i.e. Schatze tells J.D. how crazy she is about “what’s-his-name from African Queen,” a reference to Bacall’s husband Humphrey Bogart, and likewise Loco mentions Grable’s husband Harry James).

The film trades on Monroe’s sex symbol persona in both a funny and poignant way. The scene between Pola and Freddie on the plane has been one of my favorites in film from my first viewing. It was a revelation to me that a woman who was considered exceptionally beautiful in her time could still be insecure about her looks. 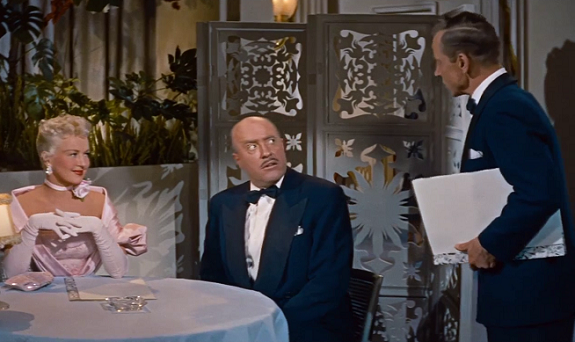 Grable was a tad long in the tooth for the role of Loco, but the film shows she was quite underrated as a comic actress.  Loco isn’t the brightest bulb in the chandelier, but she has a much better understanding of family ties and love than the obnoxious Waldo, who thinks he can easily fool his wife.

Bacall’s acerbic Schatze rounds out the trio perfectly, a sort of Samantha from Sex and the City without the multiple lovers and prejudice against marriage. Perplexed by her “idiot” friends who marry for love, she surprises herself by also choosing love. One of my favorite exchanges in the film is between her and Tom:

Tom: Do you seriously believe that having money automatically brings you happiness?

Schatze: Well, no, but it doesn’t automatically depress me, either.

One thing that never depresses me is another re-watch of How to Marry a Millionaire. 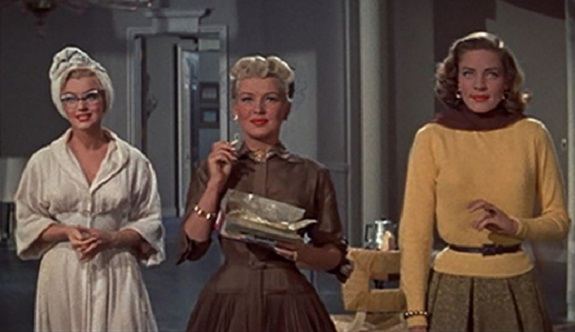 12 thoughts on “My Favorite Classic Comfort Movie: How to Marry a Millionaire (1953)”